What is a smart meter

What is a smart meter

Can I refuse?, What is the catch?, Are they Safe? Do they really save money?

Smart Meters are used by utility companies, largely Electricity and Gas suppliers, to remotely monitor and bill customers for their energy use from a central location, using technology such as Mobile Phone (Cell Phone) signals, and high speed or fibre optic internet connections. Replacing the tradition meter reader, who calls to take a physical meter reading from each property, the introduction of smart metering, will enable the customer to be accurately billed on a monthly or quarterly basis, by the energy company, removing the requirement for estimated bills, or the customer to provide the energy company with an accurate meter reading.

The introduction of smart metering, has largely been triggered by European Legislation, which intends to reduce the amount of Electricity and Gas consumption across Europe, and in turn reduce the amount of carbon emissions into the atmosphere. This is to be achieved through the use of smart meters, which can also display real time data which is presented to the customer by way of a physical electronic digital display unit situated in the household or an internet based system billing system, whereby the customer can view their real time energy usage and cost.

In the United Kingdom, Government interest has been quick to embrace the whole concept of smart metering, and by 2019 it is anticipated that 53 million smart meters will be installed in 30 million UK homes, at an anticipated total cost of around £11 billion, most of which will be shouldered by the various energy companies. 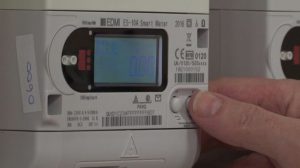 he Government continues to sweeten the roll out of smart meters into UK Homes by stating that there is a potential £7 billion to be saved by introducing this technology, any actual saving to the average householder in Electricity and Gas is unlikely to make little difference to their annual energy spend. Indeed the actual cost of rollling out the new technology and actually visiting customer addresses to fit these smart meters, will more than likely be passed on to each customer by the increase of the actual Gas and Electricity, and when coupled with increases through the widespread take up of feed in tariff’s from Solar Panels, means that energy costs to each household could spiral between 2014 and 2019.

Whilst the roll out of smart meters is likely to make physical meter reading a thing of the past, there are also some concerns about the technology used by these smart meters. For example, the majority of smart meters will use a mobile phone network signal to send back the real time information to the energy networks Very little information has been forthcoming as to how households in remote locations, where mobile phone signals are weak or non existant will be able to accurately use this technology.

Whilst a lot of the concerns around smart meters are wielded by the tin foil hat brigade, there are some genuine legitimate concerns too, such as using tiered Electricity rates for different times of the day, this ultimately means you could pay three times more the energy consumed during peak times (4pm – 8pm) than earlier in the morning (7am – 11am), some tariffs already being offered with this pricing have seen rates as high as 42p kw/h during the peak times – compared to an average single rate tariff at the moment which is around 13p kw/h

The same kind of smart tiers could also be used for seasons too, charging a far higher rate for gas during the Winter and cheaper during the Summer. 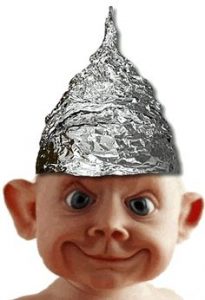 In addition, with an anticipated extra 53 million smart meters all engaged in sending back metering data to the ‘Mother Ship’, using the same networks, then how will the mobile phone networks cope with this extra demand?, will mobile phone and 3G services collapse from under capacity?, and if a new 3G infrastructure has to be built to cope, who will be left footing the bill for these upgrades and improvements?. Will we see energy prices or the cost of using a mobile phone increase in line with network capacity upgrades in order to cope with smart meter provisioning?.

Smart Meters also bring privacy concerns. Currently, smart meters have no encryption in their signal which means that third parties could easily and cheaply buy the technology required to eavesdrop on the signals being sent by an individual household smart meter. This would allow thieves to identify the pattern of the household, in order to identify when people were at work or away on holiday. Since most smart meters also allow the ability to remotely disconnect the mains power from the property, it could also be possible for a third party to hack into the system, and disconnect the mains power, thus rendering internal lighting, outside floodlighting and even CCTV systems totally inoperable.

It is also this ability for smart meters to remotely disconnect the mains which is bringing concern to welfare groups. After all, in the future and with a smart meter(s) installed in each home, the energy provider could easily disconnect the energy from a household, simply by typing a button on the keyboard. Welfare groups are concerned that such technology may be misused by energy companies towards customers who simply cannot afford to heat and light their homes, and run up debt through their everyday energy usage.

At the time of writing this blog, the preferred method of dealing with debts accrued through energy use is to fit a prepayment meter, whereby the household pays for their energy as they use it (along with a token weekly debt repayment). However with the widespread roll out of smart metering, this is unlikely to be an option in the future, so will this mean customers being essentially cut off by their energy companies, if they are unable to pay their bills?

Concerns have also been voiced that some energy companies may sell on customer data to third party markets, in addition they may also use the visit to fit a smart meter in the customers household as a marketing opportunity to sell them more services, or a different tariff.

The negativity around smart meters also extends to concerns that it may be possible to hack smart meters in order for customers to fiddle their own meters and understate their usage, meaning that they can make their bills up to 75% lower than they actually are, the cost of the losses in revenue will of course be clawed back through raising the cost of energy to honest customers.

There is also talk that the Government and Energy companies may use the remote monitoring of smart meters as a ‘spy in the house’ of consumers, essentially individually profiling them and their occupants. Whilst this may sound very George Orwell, meters could certainly be used for data gathering, or worse still, in the event of an energy crisis, the remote disconnection facility may be utilised to ‘cut off’ households who use a lot of energy during peak times, or restrict their usage, in the same way that some internet service providers, trottle back the speed of their service during peak times.

What actually happens in the future, remains anybodies guess, however smart meters are going to be a reality and indeed some energy companies are engaged in their roll out even as I type this. The main bulk of the roll out began in 2014, fed by European legislation which dictates that the Uk Government has to meet energy saving targets by 2019, but now extended into 2021