Recently there has been a huge increase in dangerous 13A UK Plugs being fitted to goods originating from China and Hong Hong. This has been a growing problem for several years as more and more imported goods are brought into the Country, however the problem has grown considerably in the last few months, due to the popular Swegway Hoverboard, whose Electrical Safety has raised concern with Trading Standards offices across the Country.

The problem isn’t just related to these dangerous 13A plugs finding their way onto Swegway Hoverboards, they can be fitted to any cheap goods, including phone chargers, USB Power blocks, CCTV Equipment, Laptop Chargers and even Professional Audio Equipment!.

The main and most obvious danger is the fact that there is no fuse in these Chinese 13A plugs, which means that they are not only illegal as they do not meet UK BS1362 Safety Standards, but without a fuse there is a huge risk of fire caused by a short circuit, electrical overload or faulty component. 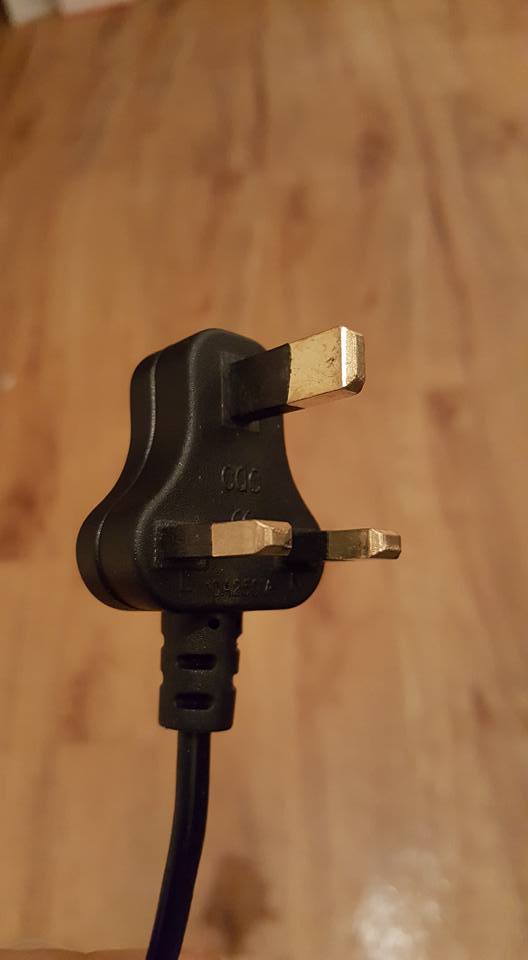 These illegal non fused 13A plugs are much smaller than normal 13A plugs, largely due the absence of the fuse!, this makes them difficult to plug into a wall outlet, and even more difficult to grip in order to pull back out again. There have even been some instances of the plug falling apart when attempts are made to unplug them from the socket, and even the copper pins coming away when the plug is withdrawn and having a much much smaller body also increases the risk of touching the pins as the plug is being withdrawn, all of these instances will result in live parts being touched and Electrocution.

Some of these illegal Chinese UK 13A Plugs not only have protective sleeves on a section of the live and neutral copper pins on the plugs (Which is fine), but the sleeve also covers part of the third Earth Pin, which is illegal as it could prevent the earth wire from functioning correctly and once again is both a fire and Electrocution risk.

Its not just the small non fused plugs which suffer from the earth sleeve issue, there are also many counterfeit 13A Moulded Plugs flooding the market which are moulded onto the IEC (kettle lead) style cables, used for computers and power supply units. The image below shows another example, where despite having a fuse and appearing to be a full sized genuine UK plug, the sleeve on the top earth pin, makes it just as illegal as the Swegway hoverboard example earlier.

If you find any of these plugs in your household then I would advise immediately cutting off the plug, and fitting a standard fused 13A plug. Make sure that you fit the correct amperage of fuse for the appliance it is fitted to. In the Swegway Hoverboard application the plug fuse should be 2A (advisable but hard to find) or 3A at the most (Easily available)

You should also check that there are no further warnings in relation to the Electrical Safety of the Imported Appliance on the Trading Standards website, and certainly do not leave any appliance which was supplied with an illegal plug on charge or in use when it is unattended. The advice being that if the product was supplied with an illegal, poor constructed and unsafe 13A plug, then it has obviously not passed any Electrical Safety testing!.