Using 4G or 5G Mobile Data as a substitute for adsl or fibre broadband.

As Mobile internet speeds increase and the roll out of 5G Mobile Phone Signals looks set to continue until full national coverage is achieved by 2027, many people are finding that even modern 4G mobile phone data infrastructure is actually faster than their ADSL connections, and indeed in a lot of cases, also their BT provided Fibre Broadband. This is especially true in Rural areas, which have little or no access to Fibre, and of which have got nowhere in relation to pressure from any Fibre Community groups.

Even in small Towns and even some parts of Cities, consumers are still struggling to obtain more than 20Mbps from their Fibre or 8Mbps from their ADSL, and in the era of FHD Streaming, and working from home, this is simply not tenable. However for millions, there is still little hope of getting 30Mbps internet speeds and 100Mbps is a generation away.

Sadly a network which effectively consists of old spans of copper wire nailed to dead trees, is never going to give Stellar performance, and so its not surprising that a lot of consumers are now looking at what alternatives they can obtain, to give them speeds commensurate with those who live in Cities, or have Virgin Cable access.

In the past, higher broadband speeds have been limited purely to Satellite based Broadband, but this brings about a set of new restrictions, such as very limited data allowances, and high ping rates which are not suitable for Gamer’s. Generally the Satellite option only provided higher download speeds, but you also needed to rely on your conventional broadband for uploading data, which meant the expense of paying for both Satellite and conventional Fibre or ADSL connections, given the cost of Satellite was also around twice the cost of the Conventional, and with a very high initial installation cost, its not surprising that many simply continued to exist with their conventional landline broadband.

So, with the introduction of 4G Mobile Internet, and more to the point, 4G Mobile Data, with 5G technology at its roll out stage, its not surprising that many customers are now looking at using it, as a very real alternative to poor landline Fibre and Slow ADSL. 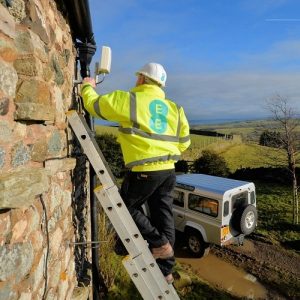 Several Years ago, EE carried out trials in rural areas using 4G technology to provide its 4GEE Home subscription and these were very successful, although in the period which followed it become very quiet, probably because monthly data allowances were still still not commensurate with that required by a Family household, plus it was still prohibitively expensive.

In the last few years, EE’s 4GEE home has become a thing again, and is now fully available, and at the time of writing this blog page the costs and allowances are shown below 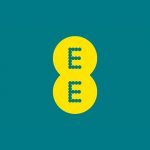 Suffice to say that the Unlimited deal for £55 a month is the most popular, and is probably the one which most households will go for.

All of the above deals come with a 18 month minimum subscription, which is akin to a lot of Home Fibre Packages, although EE do also offer their 4GEE Home on their 100GB – 500GB packages on a 30 Day Sim, although there is a one off fee of £100 – presumably for the Router.

Three also do their own 4G Home Broadband package as well, and their unlimited data option is probably the cheapest around, and it offers a significant saving over EE. However, in my experience, Three’s network is also more congested and the 4G speeds slower than EE, so its important to test the network performance before you commitment to the contract, and I cover how to do this later in the blog.

There are some cons to using Mobile Data as a replacement to Home Broadband though, and the main issue is in relation to how strong the signal is and how variable the speed is, as this will be dependent on the local mast, and any congestion, as each Mast can only serve a limited number of connections before the speed starts to drop.

This doesn’t apply to everybody and it is more to do with luck and your location, however there may be some instances where you see amazing 80Mbps speeds from 4G at 9AM, but this drops to below 20Mbps at night – which may be the time when all of the family are connected and you want the best speeds.

Suffice to say, there are also some networks which struggle to provide above 2Mbps at any time of day, so great care should be used to test the network BEFORE you commit to buying expensive routers and signing up for long contracts, otherwise you may find yourself tied into an 18 month contract on a 4G connection, which is no better (or is worse) than the ADSL which it has been purchased to replace.

So to avoid long term disappointment, don’t just sign up to the first network which appears to offer you what you need, and even EE’s slick marketing and being first to market with their dedicated 4GEE Home product, doesn’t guarantee you a good signal, or blazing speeds, so you need to look beyond the glossy brochures and do some testing for yourselves before signing a contract and making the commitment.

Suffice to say, EE aren’t the only network offering 4G for home broadband use, indeed any network can provide this, even if it is only sold as a normal phone or mobile data sim card, and you purchase your own 4G router to use it in.

But first, you need to do some testing, to see which 4G network will be the best for you, and more importantly the fastest, because all networks are not the same, and you may find massive differences in their speed and performance from within your own household.

I would recommend ordering a PAYG sim from the main networks, just to test the signal strength and speed at different times of the day, and you can do this simply by using your own 4G Router, or even a mobile phone. Don’t forget to test at the times when you are likely to be using the internet the most, such as Evenings and Weekends, and these are the times when any mast or network congestion will be the most apparent.

Once you have used the PAYG sims to establish which of the main networks works best for you, then its time to choose which one to go for. If EE worked well for you, then their 4GEE Home Broadband would be my recommended option, largely as it comes with a 4G router, and its 18 month contract is no different than the commitment that you would be making to a landline fibre provider. 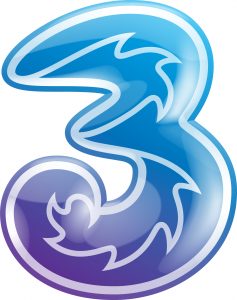 The same advice goes for “Three” if you find their network to be fast enough, as they too now offer their dedicated home broadband Package

If you found one of the other networks to be more reliable, then I would recommend the following Unlimited Data Packages from each network.

If you are using either the 3 Home Broadband or EE Home Broadband then your choice of router is taken care of, as these packages include the 4G Hub as part of the subscription although I do prefer the 4G Hug which is supplied with Three as it also offers the facility of an external antenna which may increase your speed even more, however if you are using a data sim from another network then you will need to purchase a dedicated  4G Hub Router to use your sim in. 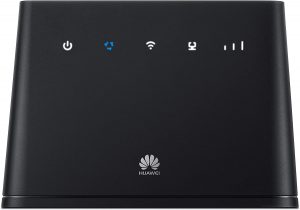 I recommend the Huawei B311 4G Router for this application, as it offers both strong wifi coverage, and well as the conventional LAN Ethernet ports to allow PC’s, Android Boxes etc to be plugged into the hub. The Huawei B311 also offers an external antenna socket to allow external or high gain antennas to further boost speed or poor signals.

The Huawei B311 can be purchased Sim Free from Amazon, for use on any network.